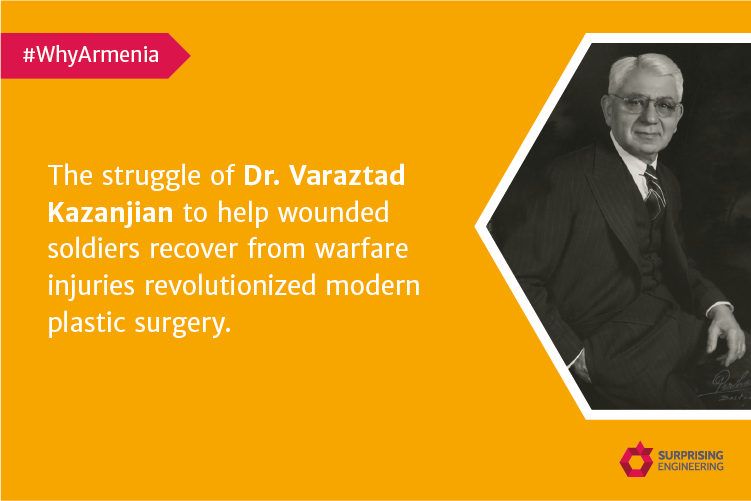 Have you ever thought about how and why modern plastic surgery was invented?

Well, the aim of this medical process was to reconstruct and to repair parts of the bodies of wounded soldiers. It all began when Dr. Varaztad Kazanjian, an Armenian-American oral surgeon, became known for his ability to manage jaw fractures. During World War I, he was able to use his skills in prosthetic dentistry to reconstruct the faces of soldiers disfigured during combat in France.

It’s in Europe where he was nicknamed the Miracle Man of the Western Front since he was able to treat over 3000 cases of gunshot wounds in the face and jaw.  Dr. Kazanjian’s pioneering procedures made a great contribution to the creation of the medical field of plastic surgery earning him the position of first ever Professor of Plastic Surgery at Harvard.

He received numerous awards from medical societies in the United States and abroad in recognition of his revolutionizing contributions to plastic and reconstructive surgery.

Varaztad Kazanjian was awarded the Order of Saint Michael and Saint George by HM King George V of Great Britain, as well as the Honorary Award of the American Society of Plastic and Reconstructive Surgeons.