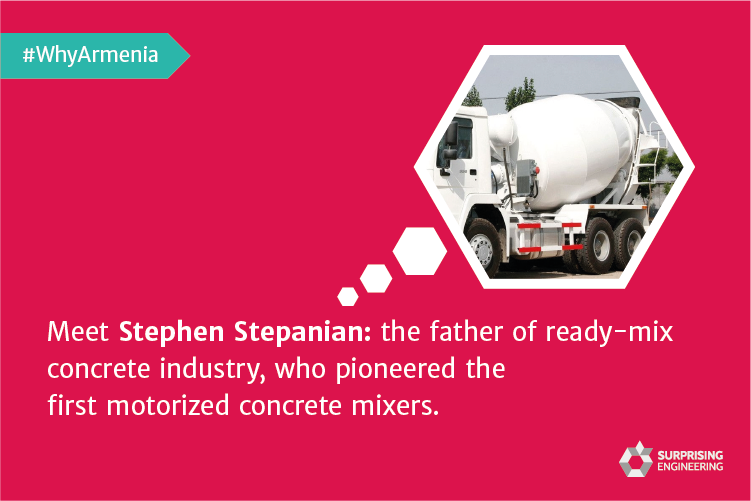 Get a homogenous binder by using Stepanian’s concrete mixer truck!

Stephen Stepanian was an Armenian American inventor and owner of numerous patents. He is accredited as the inventor of a self-discharging motorized transit mixer that was the predecessor of the concrete mixer truck.

In 1916, Stepanian designed a self-discharging motorized transit mixer. His patent application was denied in 1919 because he was not a U.S. citizen. However, he applied again and received approval on November 21, 1933. The drawing that accompanied his patent application is very interesting: if you modernize the design a little bit and make a few changes in the drum, you would have one of today’s ready mixed concrete trucks. Mr. Stepanian received universal recognition for his contributions to the industry.

At the 1954 Chicago NRMCA Convention, Mr. Stepanian was made an honorary life member of the Board of Directors of NRMCA (National Ready Mixed Concrete Association).