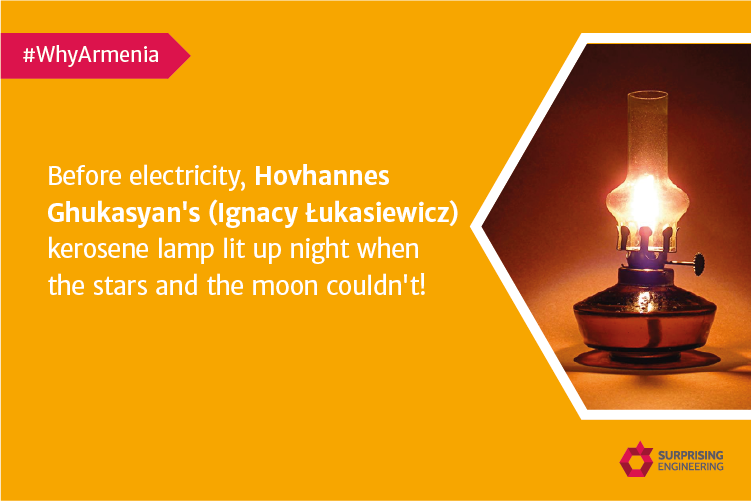 Who knew oil could brighten up evenings? Ghukasyan guessed right!

Ghukasyan was a Polish-Armenian pharmacist and a petroleum industry pioneer. One of his main achievements is inventing the modern kerosene lamps.

His background in pharmaceutics helped him to begin his research on kerosene. He was the first person in the world to distill oil and was able to exploit it for lighting and creating a brand new industry. After several processes, the purified oil was obtained, but the demand was low because of the high price. Then, he started working on kerosene lamps. In 1854, he set up the first kerosene street lamp in Gorlice's Zawodzie district, Poland. In subsequent years, Ghukasyan opened several other oil wells, each as a joint venture with local merchants and businessmen. In 1856, he opened an "oil distillery" which was the world's first industrial oil refinery.

His invention is as bright as the light that it gave to people back then!