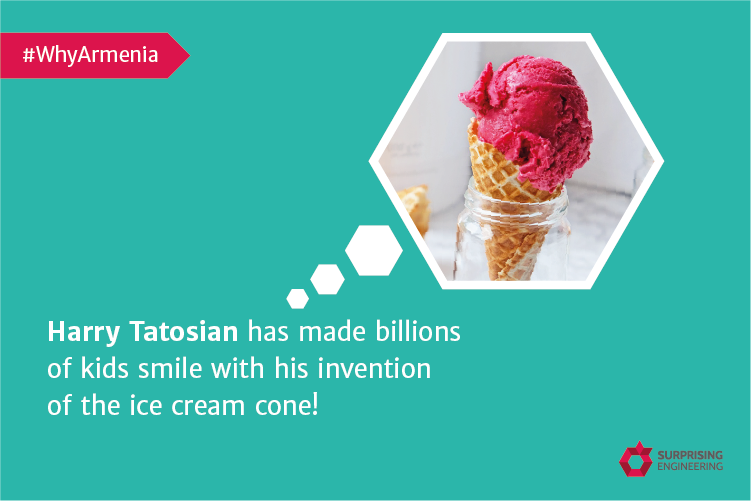 The legend says that when an ice cream vendor ran out of cups, he took some waffles from a vendor next to him, rolled up the waffle and place a scoop of ice cream on top.

Since then, ice cream cones became the favorite desert of millions of people. To satisfy the need of people, and to make the production of ice cream cones easier, Harry Tatosian invented an ice cream cone rolling machine. An object of this invention is to produce cones which will not open up, and will maintain their proper shapes after being discharged from the machine.