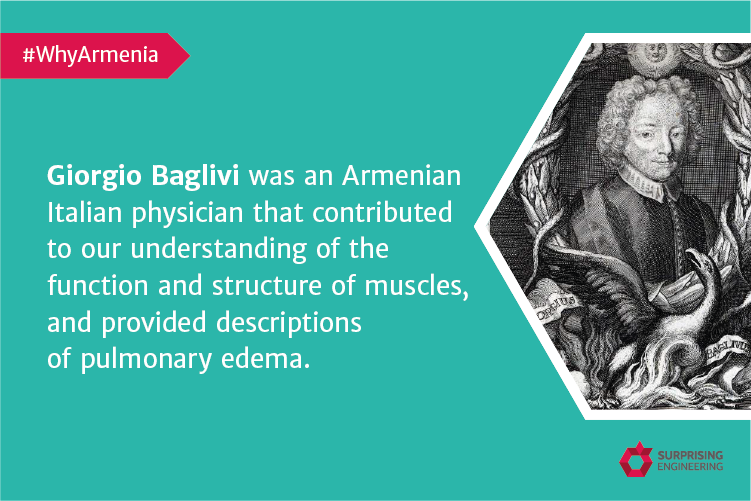 Born in Croatia in 1668, Giorgio Baglivi was an Armenian-Italian physician and scientist. Baglivi’s birth name was Duro Armeno. His parents, who were poor merchants, died after the birth of his younger brother Jacob. The Baglivi boys were raised by an uncle. At the age of 15, they were adopted by a wealthy physician in Italy, Pietro Angelo Baglivi.

Giorgio served as an apprentice to his adoptive father, attended many universities and worked in several hospitals. It did not take him a while to become one of the elite physicians. He was appointed second physician to the Pope and elected professor of anatomy at the Sapienza.

The way Baglivi worked was combining observation and research. He criticized the physicians of his time for relying solely on theory. His working method led him to become the author of sophisticated descriptions of the structure and functions of organs, mainly the lungs. Baglivi also published the first clinical description of pulmonary edema, as well as its signs and symptoms. In his classic monograph De fibra motrice, he described the physiology of muscles.

Baglivi worked in a different way than the rest of physicians, and this is exactly what made him stand out!