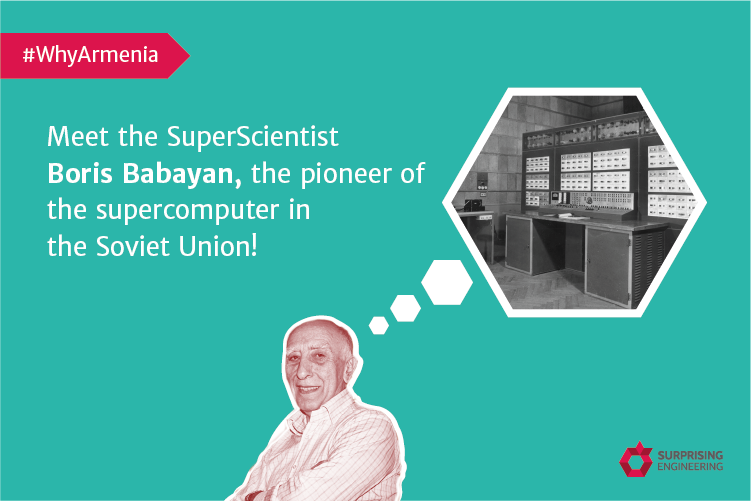 The supercomputer is as super as it sounds thanks to Boris Babayan!

Born in the Soviet Union, Boris Babayan is a well-renowned Armenian computer scientist who laid the foundations of computer science. While working at the Lebedev Institute of Precision Mechanics and Computer Engineering, Babayan and his team worked on computers that were used by the Soviet Union to develop missile systems, and nuclear and space programs.

Babayan lead the team that developed the first supercomputer, the Elbrus-3. What makes him a special computer scientist? He was the first computer science student in Russia!
Babayan said “I am absolutely sure that I was the first in Russia, but I am curious whether it was a university discipline anywhere else in the world before 1951.”
Babayan's hard work and commitment were rewarded by two of the Soviet Union’s highest honors.
- in 1974, he has been awarded the USSR State Prize.
- in 1987, he was awarded the Lenin Prize.