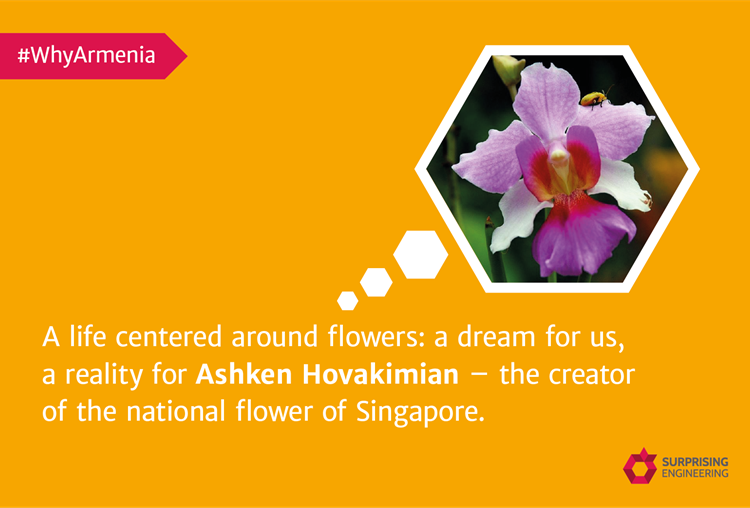 You can turn your passion for flowers into a career, just like Ashken Hovakimian did!

The floral atmosphere in her family planted in Joaquim the passion for flowers. Her father was a board member of the Singapore Botanic Gardens and her mother was an avid gardener. The Hovakimians regularly participated in the Singapore Flower Show and won many prizes.

In 1981, Hovakimian’s creation was chosen as the national flower of Singapore. In 2015, the Singapore Council of Women’s Organisations inducted into its Singapore Women’s Hall of Fame. The award cited her as the first woman in the world to breed a hybrid orchid.

Winners of From Idea to Market competition are revealed