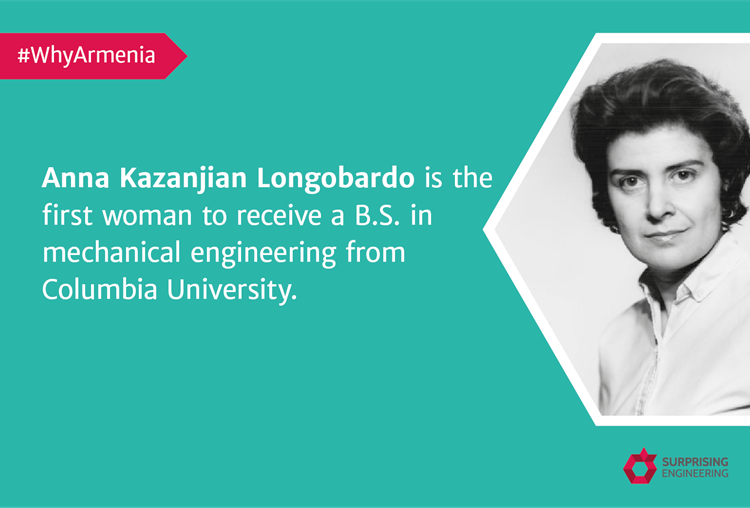 Kazanjian was also one of the first women in the United States to work on board of navy submarines, destroyers and other vessels. She designed and evaluated submarine-towed buoy used to calibrate sonar. Her design increased navigational accuracy for submarines that operate below periscope depth.

She also directed projects to develop radiation-tolerant computers for the United States Air Force. Later, Kazanjian became the woman executive of Unisys Corporation's defense unit. She was responsible for organizing complex military and weather radar systems in more than 100 locations across the world.

A Trustee Emerita of Columbia, she is the first woman to receive the Egleston Medal for distinguished engineering achievement, the Engineering School Alumni Association's highest award.