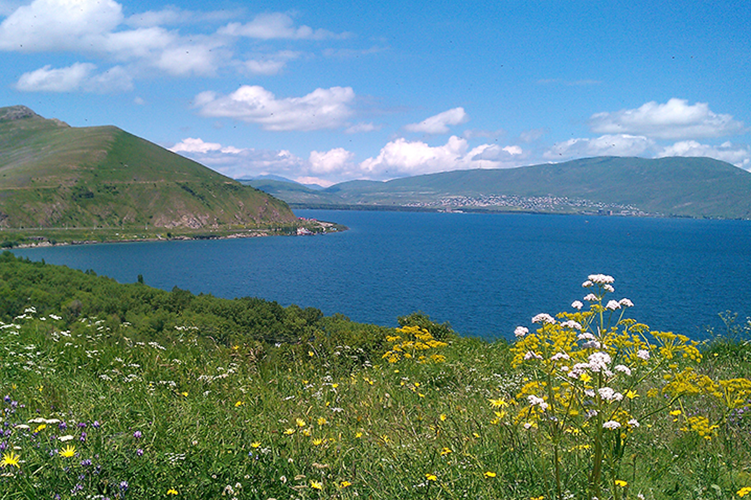 Weekend Road Trips in Armenia: Your Next Travel Discovery – Part 1

It’s true that Armenia is a small piece of land, but it offers an incredible amount of natural beauty and historical architecture to see and enjoy.

A great way to experience Armenia and make discoveries of your own is to take a road trip throughout the country, passing through sometimes contrasting landscapes in the north, the south, and anywhere in between.

So, hop in the car and hit the road to discover some amazing destinations for a day or even a weekend trip.

Sevan is dubbed as the “blue-eyed beauty” of Armenia. It’s the largest body of water in the entire region and the largest freshwater high-altitude lake in Eurasia. The lake gorgeously spreads amidst the Geghama Mountains at an altitude of 1,900 m (6,234 ft) above sea level.

The lake is surrounded by quaint fishing villages, public and private beaches, and picnic areas. If you happen to visit Sevan in the summer, you can enjoy swimming and sunbathing. Just make sure to protect yourself from the damage of the windy air from the mountains during the hottest hours of the day.

For a cultural bonus (which Armenia is full of!) you may also take the stone stairs up the Peninsula of Sevan. There, a marvelous medieval monastery will greet you atop the hill and show you a magnificent panorama of the lake.

On the way to Etchmiatzin, you may also stop at the ruins of Zvartnots, a masterpiece of early medieval Armenian religious architecture, listed as a UNESCO World Heritage Site. The Cathedral has a circular structure, with its ruins still ornate with the unique decorative arts of the early Middle Ages.

Every stop along this entire route offers magnificent views of Mt. Ararat.

Take a breathtakingly scenic weekend trip up north to the Lori province to visit other sites from the UNESCO World Heritage List. The Monasteries of Sanahin and Haghbat, located in villages near Alaverdi, are at the core of Armenian cultural pride. They are considered sister monasteries because of their proximity and similar historical and architectural background.

The Monastery of Sanahin is situated on woody slopes just above the village of Sanahin. Its history dates back to 966 AD through the 13th Century. However, early 10th century Armenian manuscripts note that the monastery was constructed over the ruins of a 4th or 5th Century church.

Meanwhile, the Monastery of Haghbat was founded in the 10th Century and, three centuries later, the fortress of Kalan was built to protect it.

While touring the monasteries, take your time and enjoy the beams of light penetrating into the buildings and illuminating the archaic stones.