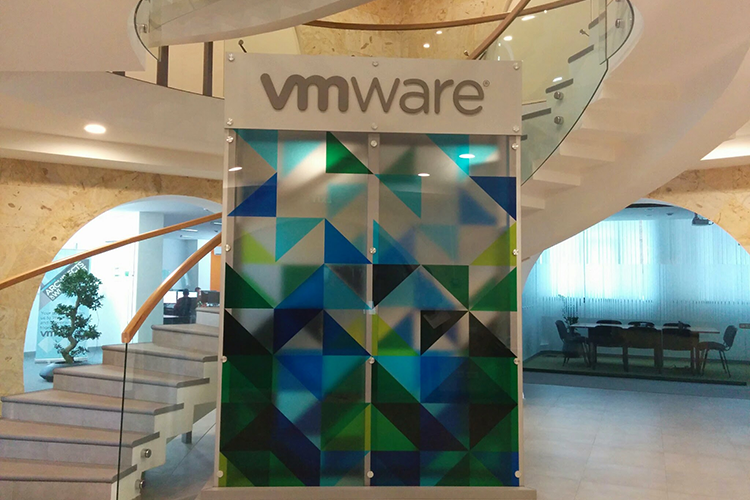 VMware is a global, innovative company headquartered in the US that specializes in cloud infrastructure, virtualization, cloud management, software-defined data centers, network virtualization, and much more. With VMware solutions, organizations are creating exceptional experiences by mobilizing everything, responding faster to opportunities with modern data and apps hosted across hybrid clouds, and safeguarding customer trust with a defense-in-depth approach to cybersecurity.

For seven years, VMware has been represented in Armenia, and there are a lot of special, noteworthy details about the Armenian subsidiary. We spoke with Khachik Nazaryan, Engineering Director at VMware Armenia about the VMware success story and what makes VMware Armenia so distinctive.

WA: The Armenian success story of VMware. Tell us a bit about it.

Khachik: Yes, it’s definitely a success story. The journey started in 2010 when VMware global acquired Integrien, a US-based company with headquarters in the US. What was special about this was that the whole development for Integrien was done in Armenia. So, basically, VMware acquired a company that was established in Armenia. They visited the Armenian side of Integrien beforehand, talked to the team here, and when they made the decision to acquire Integrien, they realized that they were actually buying an Armenian company. If you look at the history of such acquisitions, you’ll see that in most cases, they just hire a couple of the key developers from the team, do the product integration, then actually close the company. Big companies don’t really need so many small-small subsidiaries from all over the world, especially development subsidiaries because of the extra overhead.  So, I think in the beginning they didn’t have the intention of growing the site in Armenia, either. However, after some period of time, they realized that it’s very useful to keep this subsidiary here and grow it. So it’s here that the success story started. A small Armenian team of ~16 people managed to convince this huge company (with more than 20,000 employees from all over the world) that it actually needs them. And from then on, the Armenian team of VMware started growing. And it was a fast growth; we crossed 100 people last year and we still keep growing.

WA: Now, when VMware Armenia became a successful and prospering part on the global scene, what was the feedback that you received from outside? Was there anything specific that they mentioned about the Armenian work ethic?

Khachik: There is a notion invented by the US leadership of VMware, called “Armenian Magic.” When there is an urgent request or something important to do, they write us an e-mail, saying, “Could you please do some Armenian Magic?” which means they need something very surprising to be done in a day or two, even though the task should actually be done over months. That’s mainly because the speed at which the team works is very high; they are very active. Still, there is something negative about this, that you never know what you will get in the end. When they ask something from Armenians, they never get exactly what they wanted. They always get something more. This is not common for enterprise-grade companies, because they expect one-to-one correspondence for every request. From the very first day, they want to know what they will get, because they have a huge amount of customers and they cannot deliver surprises to them. But they realize that they will always get something more and something better from Armenians.

WA: We know that there is also a group of special Armenian scientists working in VMware Armenia. Why are they so special?

Khachik: Except for the headquarters of VMware, as I know, the Armenian branch is the only one that has a group of scientists. There are three scientists here who don’t do coding—they just sit and think. Other engineers do not even understand what those scientists are doing in their office. What they are doing is coming up with newer and better algorithms to solve certain problems more efficiently (which then land to the product core), and also producing patents. The Armenian VMware office is the champion in terms of the number of patents filed taking into account the size of the site. It is not common for such companies to have a group of scientists working in a remote location.

WA: Are there any figures on the efficiency of the Armenian team?

Khachik: Our Armenian team of ~100 employees actually owns and works on one of the top products in terms of VMware’s global revenue. The area they’re working in is one of the trendiest. It’s Cloud management.

Khachik: The strength is probably our mathematical thinking—the fact that our mathematical education and background is very strong. Many people think that in programming, you don’t actually have to be good at math. To some extent, this is true, but there are pieces here that can be done only if you are good at math. Though it might be a small piece, it may be one of the most important. And Armenians are really good at applying their mathematical thinking in solving such problems. Probably one of the weakest points nowadays is that we are gradually losing this strong trait. So, the strongest part is our educational background, but it’s somehow also a weak point because we are short of resources. Another weak point for now is not having a good management team. Actually, the ones who take care of the management in most companies are the engineers themselves. Although they are great engineers, they might not be that good in communication management. Then, the team cannot actually grow to their full potential, just because they don’t have a communication management team and a defined management style. But we are definitely on the way to success.