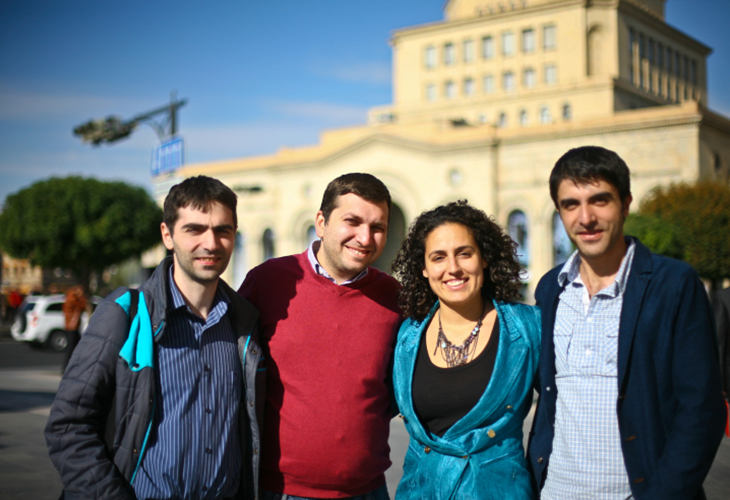 Armenians know how to surprise! And that doesn’t depend on the age or profession! The previous week was one of the best proves for that. Two Armenian teams had really great news.

The first was Teamable, an enterprise employee referral engine created and run by Armenians. Just recently they’ve announced about having received funding of $5 million, led by True Ventures, which, according to VentureBeat will empower the startup to help businesses connect employees’ social networks to Teamable’s software as a service (SaaS) in order to increase referrals to open positions.

Advanced search and machine learning algorithms is what the system uses to find potential employees for a job. As Teamable cofounder and CEO Laura Bilazarian noted in an email to VentureBeat, “What sets Teamable apart is that our smart algorithms surface candidates based on the unique qualities and needs of each company, rather than keyword searches that yield candidate pools that are too general to be useful to recruiters”.

Let us remind you that this is not the first participation and victory of our kids at this contest. Last year, the Armenian robotics team took part in the challenge with their Sumo Robot and won a silver medal as well as the Honda Innovation Award, one of the most significant awards of the competition.

The National Robotics Challenge is one of the most popular and large-scale events in the field of robotics.

Yet we do believe this won’t be it. This is just a tiny part of the big tech success story called Armenia!

Quality Education is one of the secret ingredients of Armenian innovation!

The new strategy of UITE approved, the Board members and the President elected