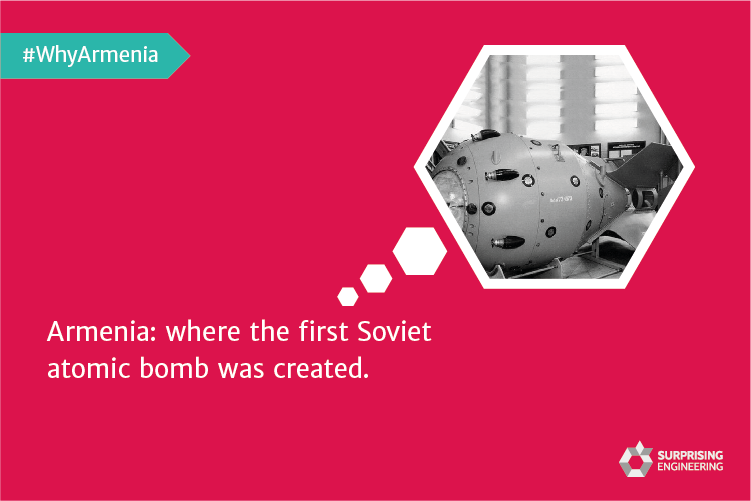 Declassified documents from the CIA reveal that the first Soviet atomic bomb was created in Armenia.

As the document declassified by the CIA in 2011 states, several places were considered as a possible location for those atomic plants- from the Urals to Western Siberia, but none of those were suitable for the purpose.

The area near Lake Sevan, which is situated at 2225 meters above sea level, was chosen. It is noted that the Zangu River, the only flowing river from Lake Sevan, had a crucial importance for the choice. Since 1932 the project of cascades of the hydroelectric power plant had been already implemented on the river, and by 1947 the plant capacity had already reached 2 million kilowatts.

The construction of a plant to produce nuclear weapons in these places began in 1947. In January 1948, the nuclear facilities in the territory of Armenia received uranium supply from Saxony and Czechoslovakia, and in July 1949 the first atomic bomb was developed. The report states that the project was led by Professor Arakelyan, one of Mikoyan’s school comrades.

This comes to prove one more time that innovation runs through the veins of Armenians!