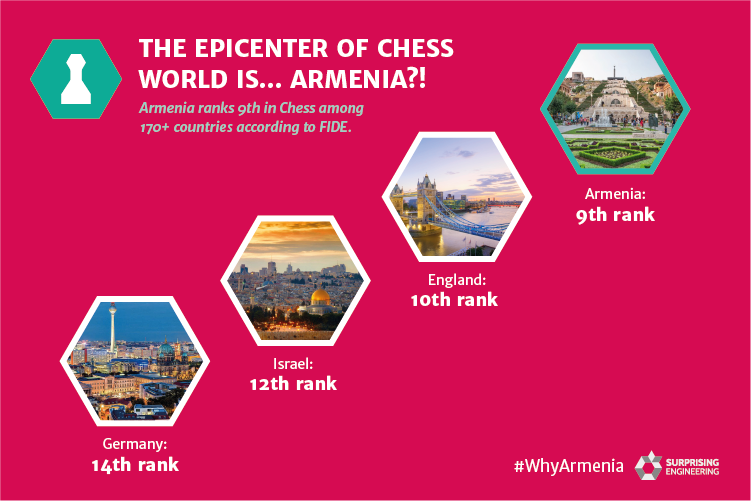 Chess is not your everyday sport, but for Armenians, it’s a piece of cake!
Chess is a national sport in Armenia. Since 2011, chess classes became part of the curriculum in every public school, making Armenia the first country in the world to make chess mandatory in schools.

Let’s have a look at how some countries are performing in chess.

Have you ever thought of practicing chess? Now you know where to go!