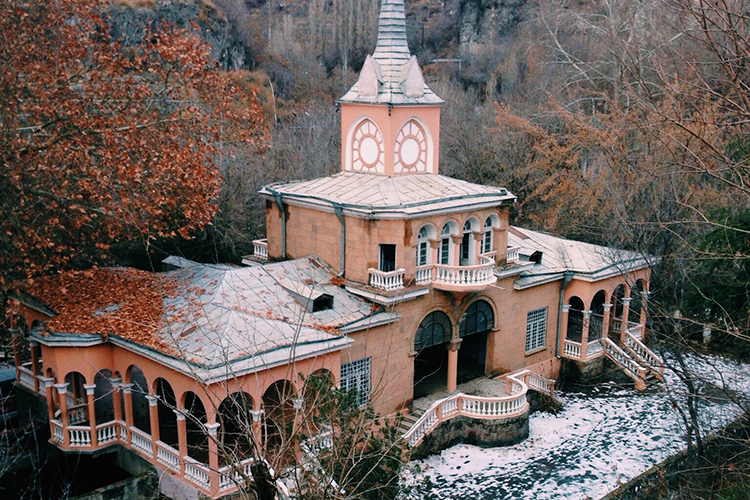 Wondering what to do with kids in Yerevan? Take them to the Children’s Railway!

The Yerevan Children's Railway is one of the oldest, yet one of the most iconic sights for kids in Yerevan. It passes through the Hrazdan gorge, along a narrow railroad loop. In the USSR, many children’s railroads were constructed; the Yerevan’s Children Railway is just one of those, and was opened on June 9, 1937. Still, it’s one of the few that have continued to function after the collapse of the Soviet Union.

The Railway has two stations – Hayrenik (Motherland) and Pionerakan (Pioneer) – and one platform – Urakhutyun (Joy). A 45-meter tunnel is also located on the Children’s Railway. It even has a small amusement park, where your kids can play.

Mikael Mazmanian was the chief architect of construction for the railway. When it was opened, the station building was made of wood. At the end of the 1940s, it was replaced by a stone construction.

The railway’s operations started with a 159-434 steam locomotive, a present from the Voroshilovgrad (now Luhansk) locomotive factory. Then, in 1971, Yerevan Railway received another present, the ТУ2-116 diesel locomotive. From then on, the steam locomotive has remained in the territory of the railway, but is not used anymore.

On August 2012, after reconstruction by the South Caucasus Railway (SCR), the fabled Children’s Railway in the Hrazdan Gorge in Yerevan reopened, to the delight of youngsters. SCR totally renovated the two locomotives. The director of the Railway, Armen Gevorgyan, noted in one of his interviews that they are also planning to open a kid’s café and a small cinema there.

It’s not Disneyland, but it will certainly manage to take you and your kids to a miraculous fairy-tale world full of real adventures!

Armenia through the eyes of an Artist: an Interview with Maïda Chavak

Pupils of "Armath" Can Digitize the Archives of Paper Drawings