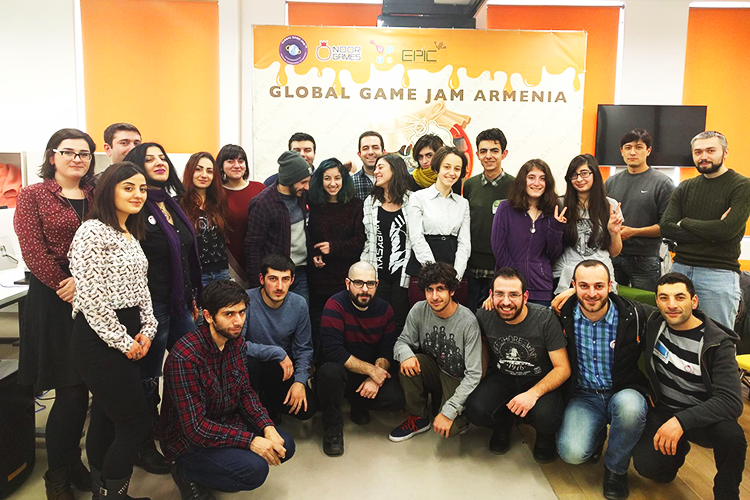 Global Game Jam is a hackathon that was held on a national level in 95 countries this year, from the 20th till the 22nd of January, including Armenia.

Five teams made of 30 participants took part in this 48-hour hackathon. The main topics of the games were waves (sound, light, sea) and gravitational force.

The six games that were created within the frames of the hackathon are:

People from different fields (art, animation, scriptwriting and sound designing) were among the participants.

Noor Games, Entrepreneurship and Product Innovation Center (EPIC) of American University of Armenia (AUA) and UITE were the organizers of the event.