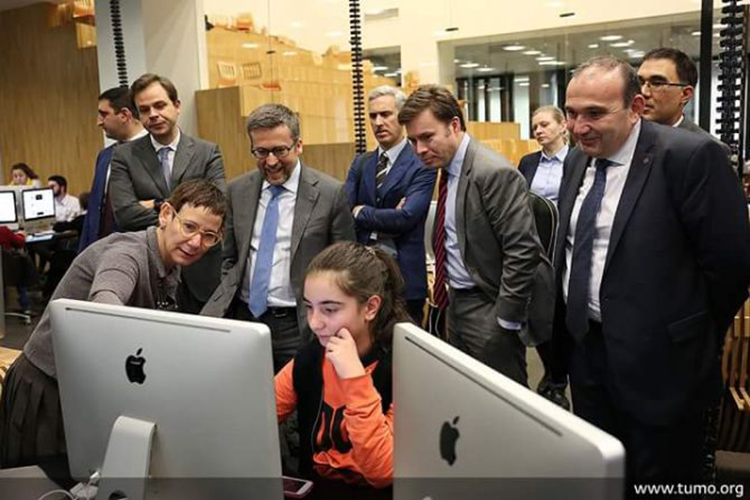 After visiting TUMO Center for Creative Technologies, he noted, “Two weeks ago I visited Armenia for the first time and participated in the Science Ministers meeting of the Eastern Partnership countries. The meeting was the first such initiative of its kind directed towards the science development in the region. I witnessed a phenomenon in Armenia, which is worth remembering. I visited TUMO Center for Creative Technologies in Yerevan. This center is designed for school-age children, which enables them to perform experiments with digital technologies and their creativity. No child is forced to attend TUMO; however, there are queues for visiting the center. The children do not receive official certificate, instead, they are creating the package of their programs and capabilities. Children form associations by combining the art, science and their preferences. TUMO environment and technical equipment was better than the one I saw in the Silicon Valley. All these more convinced me that excellence exists in every country”. “Our task, as policymakers, is to promote excellence, to reveal and support it, and make it an international center of excellence”, he further added.