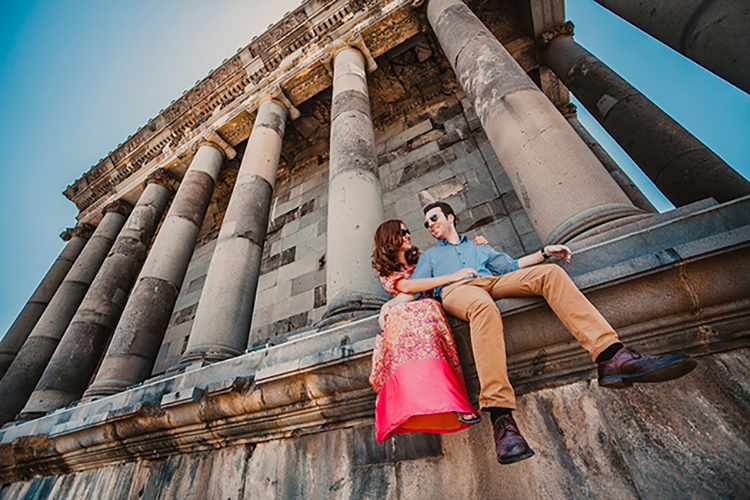 If you are single, in search of new work opportunities and looking for some cultural experiences, too, then moving to Armenia is a great option for you. In fact, Armenia is a land of cultural diversity, hospitable people, beautiful women, and much more! So, if you ever decide to take your chance and date an Armenian lady, here are some tips you might use.

Armenian women are some of the most beautiful in the world. But we’re not the only ones who say so—according to Daily Mail, the world’s most alluring women are from Armenia.

If we were to characterize Armenian women, we might note that apart from being beautiful, they are also very caring, proud, and devoted to their families. Most of them regard their family as a top priority. They are extremely good housewives, great cooks, and gifted in many areas of art and handicrafts. They are also very smart and wise.

Religion is also quite important for Armenian women, who are brought up with and pass on Christian morals and values. The preservation of national traits and traditions is essential for them.

Armenian families generally encourage marriages between individuals of the same nationality, but they are not categorically against international marriages, especially if there are no differences in religious backgrounds. However, Armenians living in the countryside are relatively more conservative.

Dating Etiquette: What to Expect

- to be introduced to the family of an Armenian girl near the very beginning of your relationship. This is because they value the opinions of their family members, especially those of their parents, and they want to receive the parents’ approval before letting things get more serious.

- to be closely “interviewed” and asked a lot of questions during your first encounter with her family members. They care a lot about their children’s future and want to know everyone surrounding them.

- to have to try several times before “earning a date.” You might have to be persistent and “win her heart” in a range of creative ways before she says “yes” to a date!

- to be asked many questions about your past, your family, and probably your previous relationships.

- crazy or unpredictable actions from her, especially at the beginning of the relationship. Armenian girls are generally quite reserved.

- her to be an initiator or a decision maker. They would rather tend to wait for you to take the first step. This is true of almost everything, from small matters like choosing a place to visit, to major things like getting engaged!

This was just a small part of what you may or may not expect from a relationship with an Armenian girl. Overall, having an Armenian woman become your companion for life will mean you’ll always have a helping hand, a supporter, a great friend, and a caring person around.