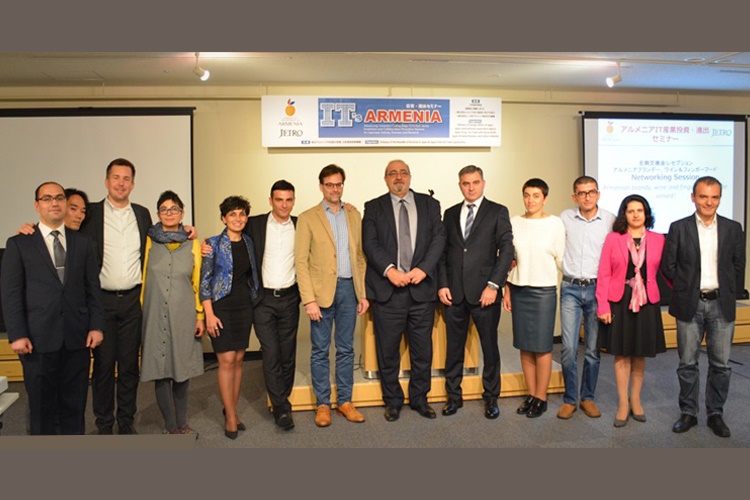 Good news from Tokyo. On Friday, September 28, the city hosted IT’s Armenia seminar aimed at presenting Armenia in Japan, promoting the interest of Japan for the Armenian IT sector and establishing new business relations. The seminar was also attended by the Ambassador of Armenia to Japan, Grant Pogosyan,  and vice-president of Japan External Trade Organization, Katsumi Hirano.

Instigate, VOLO, Arminova Technologies, Leviathan, IU Networks, VMware Eastern Europe, and Granatus Ventures were among the companies presenting Armenia at the seminar. The latter was organized by the Armenian embassy in Japan, Japan External Trade Organization (JETRO), the Japanese Ministry of Foreign Affairs, Japanese-Armenian Business and Cultural Initiative, the Japan Association for Trade with Russia and the Newly Independent States (ROTOBO) and the Japan International Cooperation agency (JICA). The Armenian representatives came up with reports regarding the Armenian IT putting a special accent on the potential of possible investment and cooperation programs with Armenia.

Everybody at the conference were impressed by the powerful presentations of the Armenian side.

We are looking forward to more news and developments from Japanese-Armenian business relations in IT.