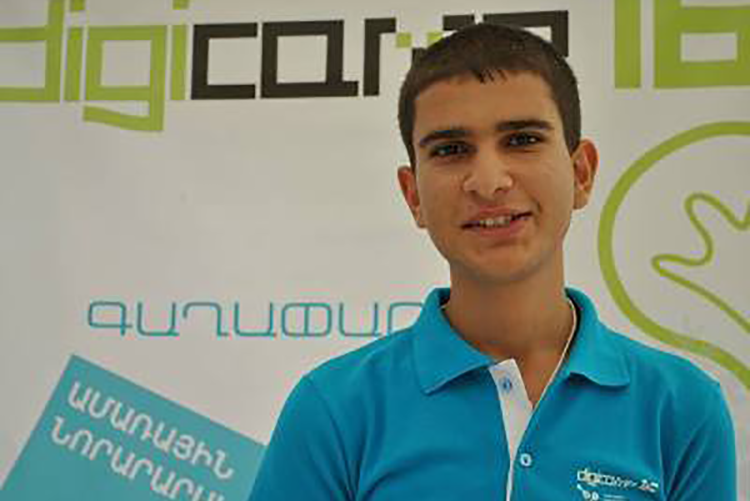 16 years old Edgar Poghosyan, a pupil of the Sisian High School, has come up with an interesting initiative. He has developed an automated school bell system in the web platform. And now Edgar is waiting for his own product launch being held on 1st of September in his own school.

Edgar Poghosyan is attending the Armath Engineering Laboratory of Sisian High School. He has started to study programming in 2015 at the center for adults and later in 2016, after the opening of the Armath engineering laboratory by the Union of Information Technology Enterprises, he has moved and developed his skills there.