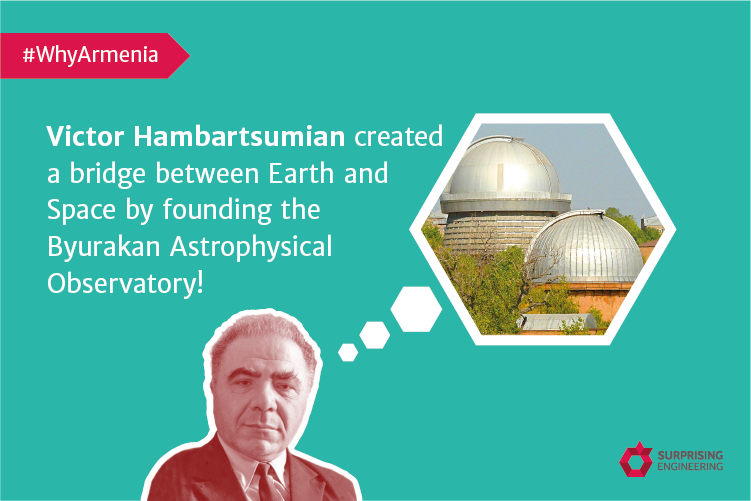 Victor Hambartsumian was named “an astronomer par excellence” by the world-renowned astrophysicist Subrahmanyan Chandrasekhar. Let’s find out why!

Victor Hambartsumian was a prominent Armenian scientist and one of the founders of theoretical astrophysics. His discoveries laid the foundations of the 20th century’s astronomy. Some of the fields he worked in are dynamics of stellar systems and cosmogony of stars and galaxies. He also contributed to mathematical physics.

In 1946, he founded the Byurakan Astrophysical Observatory in Armenia, which was one of the main astronomy centers of the USSR. It plays an important role not only in Armenia, but also in Eastern Europe and the Middle East due to its scientific instruments and achievements.