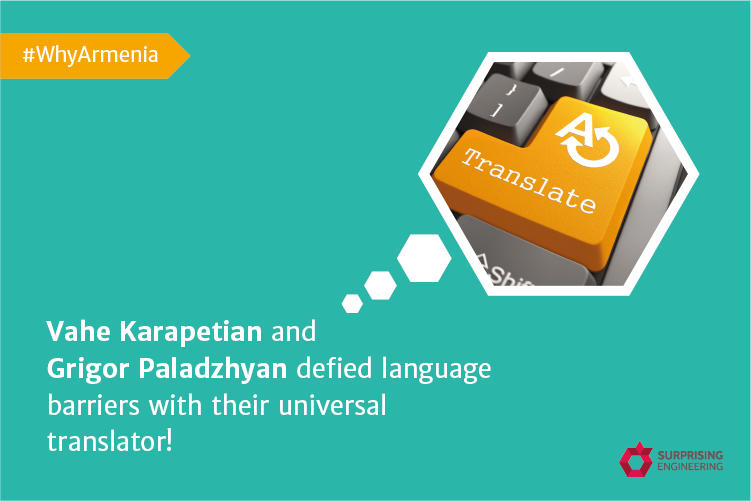 It’s a small world, right? Inventions like the telephone, the television and the internet brought people and cultures together. While this huge shift is great, Vahe Karapetian and Grigor Paladzhyan thought that there is one remaining problem: the language barrier.

For this reason, these two great inventors came up with a device adapted to be worn on the ear that will translate words and phrases to a second language. This process is done through electric signals by recognizing frequencies and pitches of the spoken language then converting into the desired language.

Armenian startups to Participate in Startup Academy Berlin in Autumn