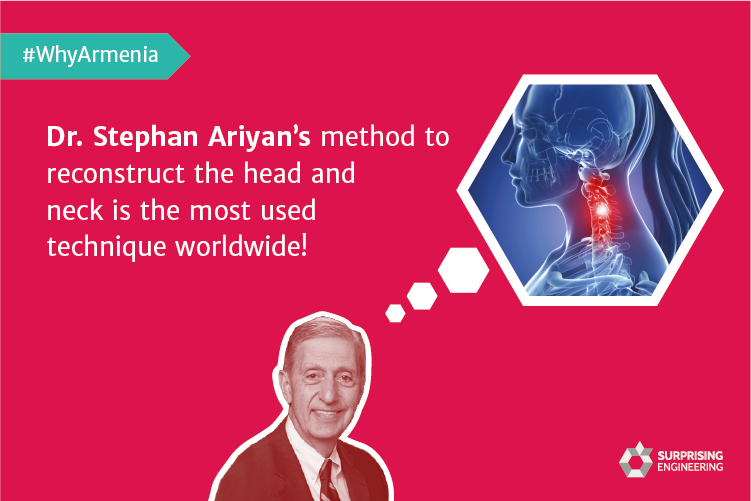 Medicine took one step forward with the help of Dr. Stephan Ariyan!

Dr. Stephan Ariyan is an Armenian American Clinical Professor of Surgery, Plastic Surgery, and Otolaryngology at Yale University School of Medicine and Director, Yale Cancer Center Melanoma Unit. He is also an internationally known surgeon who specializes in the surgery of the head and neck, and malignant melanoma.

After graduating from New York Medical College with a degree in medicine, he interned at UCLA, then completed his training in General Surgery as well as Plastic Surgery at Yale University School of Medicine, becoming certified by the American Board of Surgery, and the American Board of Plastic Surgery. In 1976, he established his private practice. His trainings and internships helped him to succeed in medicine. He contributed in numerous areas: malignant melanoma, head and neck cancer, myocutaneous flaps, skeletal muscle heart reconstruction, hand surgery, radiation injury, wound healing, bone graft physiology, cosmetic surgery of the face and neck, and breast surgery.

Dr. Ariyan has won many awards due to his hard work and dedication:

Dr. Ariyan is definitely a big fish in medicine!