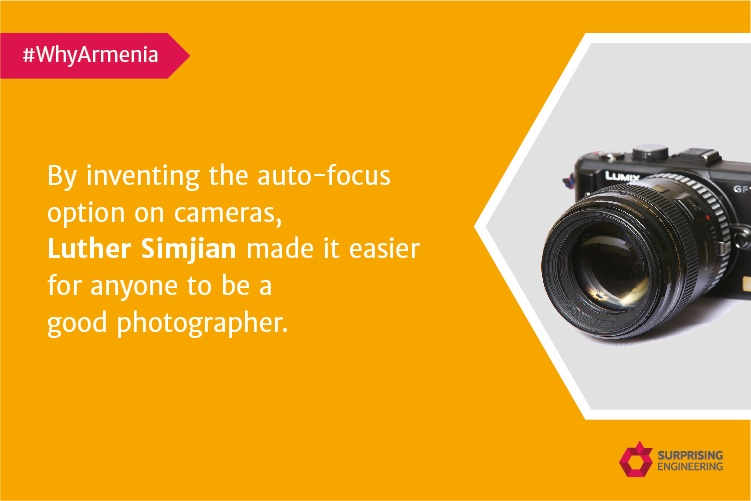 Simjian was well ahead of his time with his self-focusing camera!

Born in 1905, Luther Simjian was an Armenian-American inventor and a holder of numerous patents. From inventing the ATM machine to developing a self-focusing camera, Simjian proved that he can do it all!

For those who are interested in photography, this invention might interest them! Before the invention of self-focusing cameras, focus lenses were only adapted for very small cameras which gave indifferent results. Lenses had to be adjusted to obtain definition in accordance with the distance of the subject from the camera. Simjian developed an automatic means to maintain the proper focus controlled preferably by radiant energy emitted from or interrupted by the subject as by reflection, which varies as a function of distance between the subject and camera.

He received the Eli Whitney Award from the Connecticut Patent Law Association for his life’s work in 1978.

''Many called him the second Thomas A. Edison,'' said Richard G. Snyder. We couldn’t agree more!