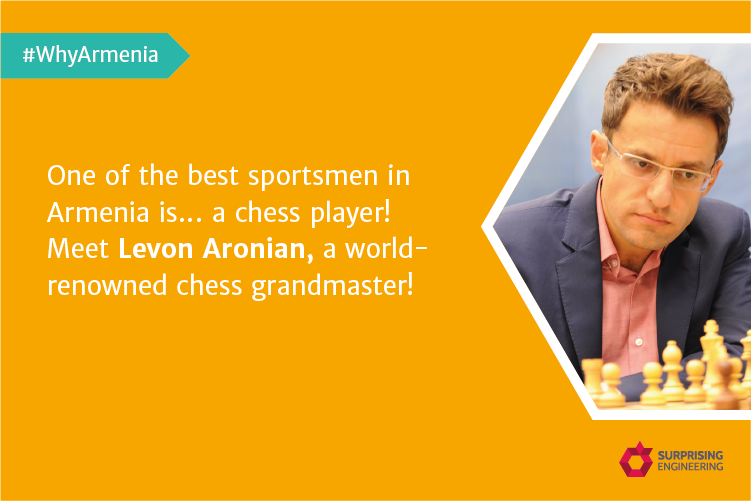 Levon Aronian was born in 1982 in Yerevan, Armenia. At the age of nine, his sister Lilit taught him chess. His first coach was the Grandmaster Melikset Khachiyan. In 1994, at the age of 12, he won the World Youth Chess Championship: that was an early sign of his ability. His current world rank is 11 among all players and 9 among active players. Armenians do not only consider him to be a celebrity, but also a hero.

On the Armenian level:
- Aronian has been the leading Armenian chess player since the early 2000s.
- 2005: the best sportsman of Armenia.
- 2009: Honoured Master of Sport of the Republic of Armenia.

We can say that Aronian knows how to move the pieces!