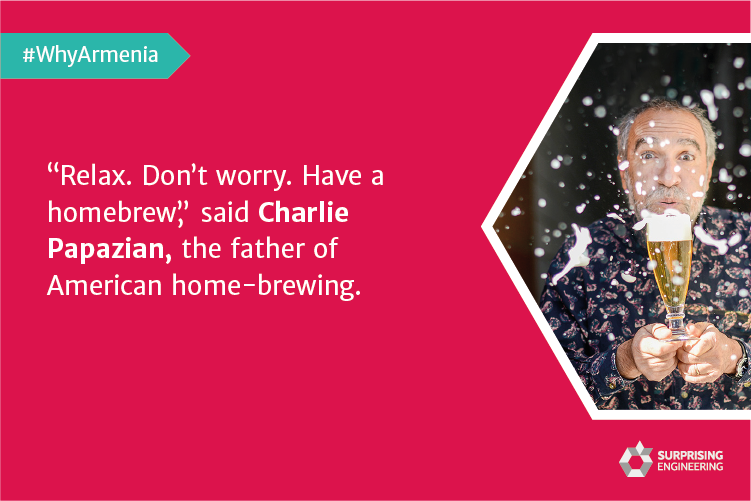 Famous for being the father of American home brewing, Charlie Papazian is an American-Armenian brewer and author. He actually graduated from college with a BA in Nuclear Engineering. What a career shift!

Papazian grew up in New Jersey and then moved to Colorado where he started his home-brewing business. He wrote his famous book called “The Complete Joy of Home brewing”, the ultimate guide for home brewing and the book that led to the craft beer revolution.

His book has inspired millions of people, especially craft beer brewers who managed to grow their business after reading the book. Papazian completely changed the craft industry scene.

He founded the Association of Brewers and the Great American Beer Festival, and is the current president of the Brewers Association.

What’s also interesting about this man? He is the creator of National Pie Day, a day that is celebrated on January 23rd which happens to be his birthday! How cool is that?

Some Top IT and Tech Events in Armenia in 2019