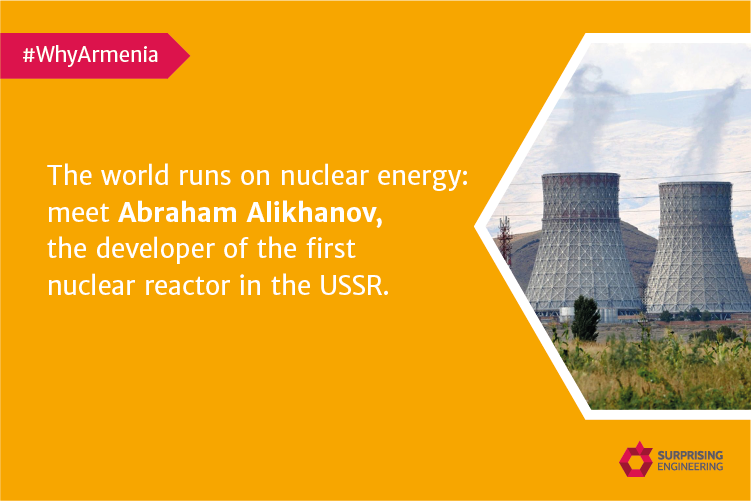 What runs the world? The nuclear reactor developed by Abraham Alikhanov!

Born in 1904, Abraham Alikhanov was a Soviet Armenian physicist and one of the leaders of the Soviet atomic project. At the age of 25, he graduated from the Leningrad Physics and Mathematics Institute with a degree in physics.

In 1945, two weeks after the Hiroshima nuclear bombing, Alikhanov joined the Soviet nuclear project as an academic secretary of the Technical Committee of the SDC Special Committee. He founded the Institute for Theoretic and Experimental Physics which was used for the development of nuclear reactors and for research of nuclear physics. He headed the research facility for about 25 years.

The laboratory designed the first Soviet heavy-water research reactor that was launched in two years. Heavy-water reactors played a significant role in solving problems with fission materials for nuclear weapons.

Alikhanov was also studying space rays, a priority subject of modern world science. With his help, the USSR invented a proton accelerator and a synchrophasotron.

The hard work and dedication of this great scientist were rewarded by three Stalin Prizes.