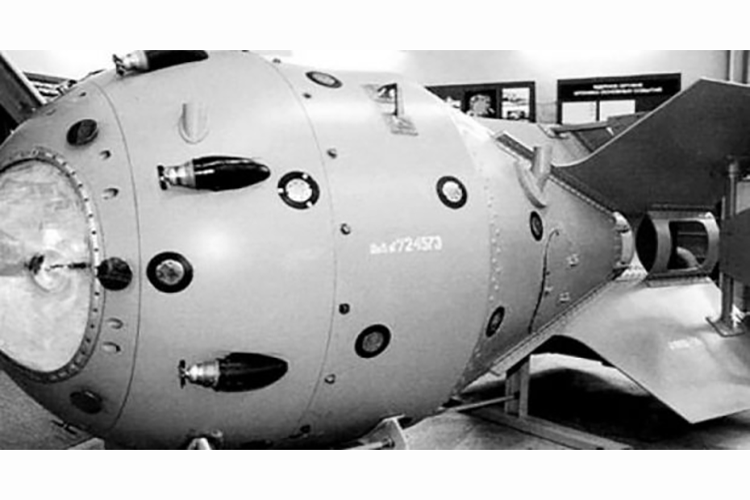 There are many reasons to believe that Soviet Armenia was one of the biggest tech innovation and engineering centers of the entire Soviet Union. However, the recently released document by CIA unveils things that we couldn’t even think of!

According to declassified documents, the first Soviet atomic bomb was created in Armenia.

As the document declassified in 2011 states, several places were considered as a possible location for those atomic plants- from the Urals to Western Siberia, but none of those were suitable for the purpose. According to the document, Lavrentiy Beria, who led the project aimed at developing nuclear weapons in the USSR, chose Armenia.

In particular, the area near Lake Sevan, situated at 2225 meters above sea level, was chosen. Also, it is noted that the Zangu River (the Hrazdan River-ed.), the only one flowing from Lake Sevan, had a crucial importance for the choice. Since 1932 the project of cascades of the hydroelectric power plant had been already implemented on the river, and by 1947 the plant capacity had already reached 2 million kilowatts.

The construction of a plant to produce nuclear weapons in these places began in 1947 and ended in May 1948. The production zones were on the eastern slopes of Mount Aragats, and were located in six basaltic caves. German prisoners, who had previously been involved in building the underground facilities of Nazi Germany, took part in the construction work.

It is also reported that in January 1948, the nuclear facilities in the territory of Armenia received uranium supply from Saxony and Czechoslovakia, and already in July 1949 the first atomic bomb was developed. Nuclear weapons were tested in the Ural Mountains, 100 kilometers from Magnitogorsk city. In September 1949, Washington and London officially recognized the fact of testing the Soviet nuclear bomb. Later, other specimens were preserved in Kuznetsk, at a depth of 500 meters.

The report states that the project was led by Professor Arakelyan, one of Mikoyan’s school comrades (the names are not noted- ed.).

The peculiarity of this document, among others, is that it was originally created in Swedish and was published in Sweden. Also, there is a misprint in the English version - instead of Mount Aragats (Alagyaz) Mount Ararat is mentioned. It is also noteworthy that the Turkish name of Lake Sevan – Gokcha is mentioned. The height of Lake Sevan above the sea level is indicated to be 7,300 feet, which is approximately 2225 meters. However, at the moment, according to the official data, Sevan is only 1,900 meters above the sea level.