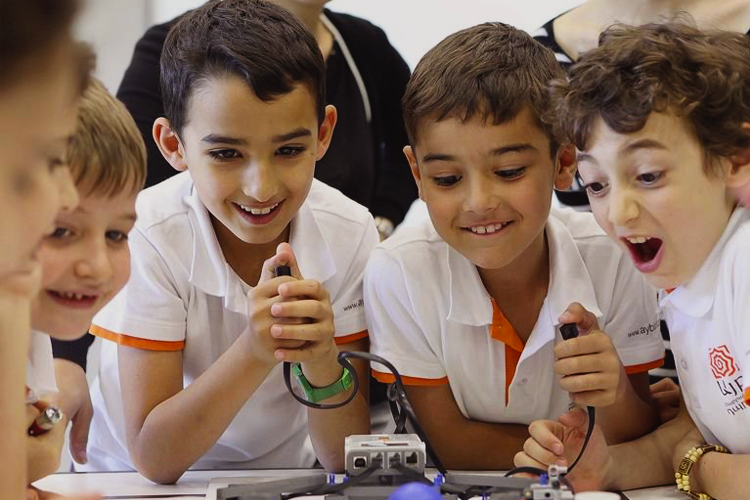 Give your ideas a chance to fly! This is how innovation empowers the greatest achievements. If you are brave enough to set your idea free, pursue its path and manage it well, then you are on the right track! That’s how geniuses are discovered in a society. As Henry Ward Beecher once said, “The ability to convert ideas to things is the secret of outward success.” And if you give your ideas a chance, you may be standing at the doorstep of success.

When speaking of Armenian innovations, the very first thing we need to note is the historical struggle that has accompanied Armenians from ancient times to today. If you take a look at one of the ancient maps of the world, the Ancient Map of Babylon, you will notice that Armenia is found among the few known nations at that time (approximately 600 BC) under the name of Urartu, which is how Babylonians called Armenia. What do you think has been the driving force that has helped Armenians survive? The answer is innovation.

Back in 2010, one of the oldest and best preserved leather shoes was found in an archaeological site in Areni, Armenia. It was later revealed that the shoe was about 5500 years old! And it’s probably one of the best pieces of evidence proving that innovation is in the DNA of Armenians.

Located on the political and economic crossroads of many civilizations, Armenia has been in the center of all the wars, clashes, and revolutions on every single page of its history. And in order to survive, Armenians had to reinvent themselves by holding the flame of innovation alive.

Apart from preserving the innovative spirit intertwined with historical heritage, due to a number of events causing Armenians to spread all over the world, they have also left their contribution to the development of the human race in other places around the world.

Even during the Soviet era, under the pressure of censorship, authoritarian regime, and political duress, the Armenian spirit survived and found a way to become even more creatively flexible. The wave of reinvention touched almost all spheres, from music, literature, and the arts to engineering, architecture, and science. A golden generation of Armenian poets and writers, including Hovhannes Tumanyan, Avetik Isahakyan, Yeghishe Charents, Vahan Teryan, Axel Bakunts, and many others, lived and created masterpieces during these periods. Composers Aram Khachaturian, Arno Babajanian, and others left their invaluable cultural heritage to the world. Simultaneously, the artists of the Armenian diaspora joined the wave of innovation with contributions outside the borders of Armenia.

As famous Armenian writer William Saroyan notes, “I should like to see any power of the world destroy this race, this small tribe of unimportant people, whose wars have all been fought and lost, whose structures have crumbled, literature is unread, music is unheard, and prayers are no more answered. Go ahead, destroy Armenia. See if you can do it. Send them into the desert without bread or water. Burn their homes and churches. Then see if they will not laugh, sing and pray again. For when two of them meet anywhere in the world, see if they will not create a New Armenia.”

So never deprive your craziest ideas and dreams of the chance to become real. Set them free, have passion to create, look for ways to realize them, and you will reach your aim no matter the pressure, the instability, or the fear. This is what the world can learn from Armenian innovations.