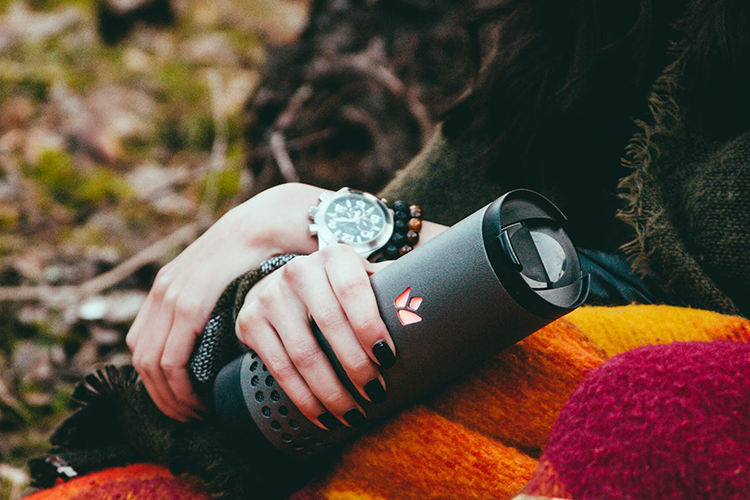 Innovation? We've Got that Covered: Meet the Smartest Mug Ever, Yecup!

In our era of advanced technologies everything seems to be going in the “smart” direction. High tech is everywhere and endless creativity is required to keep up with the pace. Armenians, as always, find a way to adjust to the changes doing that amazingly well! Yecup 365 is one of the best proves! With this smart mug, you can have your drinks at any temperature you like, anywhere you go with just a click on your smartphone! Sounds interesting? Let’s have a look at how it all started and what the creators of this amazing product are up to now! We have talked with the two Founders of YE US Inc. Vigen Sanahyan, CEO, and Janna Barseghyan, COO.

WA: How did the idea of creating a smart mug emerge?

Everything started in 2015. In our case, we just constantly followed Indiegogo and other similar Tech Platforms of latest innovations and were aware of all existing and non-existing technologies, wearables that have somehow changed people’s everyday life, making it easier and better. Being true coffee/tea lovers ourselves, we desperately needed something more than just a mug, that just keeps temperature for a few hours. Being able to choose the perfect temperature for your drink and using your mug wirelessly on-the-go is a true salvation for the huge community of coffee-lovers worldwide. At that period there was a smart luggage, smart coffee brewer, smart bed but no smart mug. So, we came up with the idea to develop one. We didn’t succeed at once. Our first Campaign gained attention and fame on the Internet but not within Indiegogo Platform; we didn’t manage to raise the goal we’d set. Many tech blogs covered Yecup at that time and we had a lot of followers, fans of the idea, but the marketing part was too poor; we didn’t have a dedicated marketing specialist, contacts at Indiegogo Administration, and we didn’t have a vivid plan of actions. We were just a team of enthusiasts. But the most important part here is that we didn’t give up, even when we realized that manufacturing is impossible with the raised funds, and when we witnessed a new similar project appear and succeed on Indiegogo. We personally invested lots of money from our own pocket to develop the concept and to create the prototype.

WA: How about facts and figures?

During this “from failure to success” path we gained a lot of friends, supporters, interested specialists not only from Armenia but around the world. At the same time, we also witnessed a chain of rejections and distrust. For example, we turned to several famous Armenian VC’s to invest in our project, which was actually one of the most memorable hardware projects of our country at that time, everyone was talking about Yecup on TV, social media and even in the streets. But since we didn’t have a memorable traction and a financial model, they rejected us. This was a classic example of “Falling Olympus” as we used to joke, when you lose your fame or face failures on your way, no one seems to be eager to help you anymore. But, you know, things change. Shortly after this, the same VC’s would turn to us with many suggestions, invitations but we would reject them, because our startup was on another level already. This is a fact. As for the figures, it was mentioned above that during the first Campaign we spent a lot of money of our own to pull this idea through. During the second succeeded project we already had experience, hired professionals from abroad, “our people” on Indiegogo, high level SMM, had a professionally built Indiegogo page, mail marketing, and people from USA who would help us with traffic, of course for money. I would say we have raised $400K on Indiegogo so far, but in order to reach this result we have spent 5% of what we gained.

WA: What great news shall we expect from Yecup in the future? How about the plans for the future?

Yecup is just the first product of YE US Inc. Our brand is YE, we are a tech company specialized in smart home gadgets, wearables, consumer products and software. Besides Yecup we now work on two different projects, both of which are revolutionary. We already work on the new version of Yecup with a Ukraine-based group of engineers. We use only cutting edge technology for the newest version of Yecup, such as E-ink Technology, 360 Degree RGB LEDs etc. People will be able to change the color of their mug from the smartphone, they will have a separate Bluetooth speaker that will fit the mug to stream music from the smartphone. We are going to create a piece of art. As for the second product, we don't want to disclouse it now, since it's not patented yet, but the main idea of this technology will be to save thousands of gallons of water, and to save the electricity as well. Water resources are a true problem for the mankind and our new invention will solve everyday water issues across the world.

WA: How about the cooperation with global resellers and the feedback from the outside?

We have signed contracts with a few leading resellers like QVC in USA. We will soon appear on Amazon, Best Buy, etc. There is a huge interest coming from Asia, North America, Middle East and we negotiate with each interested distributor to export Yecup to as many countries as possible, though we prefer Apple-like companies that sell their products in their own stores, with full control on prices and customer support. Some of similar smart mugs in market are currently selling their mugs at Starbucks, which is great, but we don’t want to follow such a path and sell our exceptional product at their stores, because we don’t concentrate only on mugs. So we prefer to have our own solid, one-of-a-kind brand and store of many products, in various fields. As for the feedback from outside, everyone is amazed at the idea, we receive a lot of good feedback and even investment suggestions from abroad, we receive invitations to main tech events like TNW Conference, CES 2017, Gitex Annual Tech Event in Dubai and so on. Now we’re in the final production stage and hopefully Spring 2017 will bring a lot of new opportunities for us.