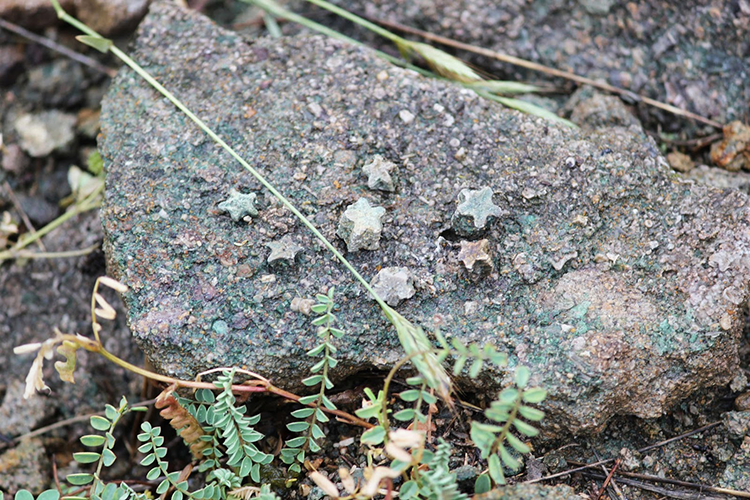 Located 800 meters above sea level, Astghashen is an ecovillage in the Republic of Nagorno-Karabakh. The name “Astghashen” comes from the word “astgh,” which means “star” in Armenian. The reason behind the name of this village is purely magical: according to some people, after it rains, star-shaped fossils appear on the ground of the village.

175 million years ago, during the Jurassic period of the Mesozoic era, there was a sea in this territory, and these star-shaped fossils are the remains of sea lilies. You may also find other sea fossils, such as seashells, sea urchins, and many others, right under your feet.

Although serious research has not been done yet, this mysterious region makes us wonder about how nature works.

Just by looking at these fossils, you realize that where you are standing was once the bottom of a sea. The ground looks like a sky full of stars: an amazing feeling that is hard to describe.

Do you want to reach the stars? Well, maybe you should look down instead of looking up!

High-Tech in Armenia: Planting the Seeds of the Tech Revolution