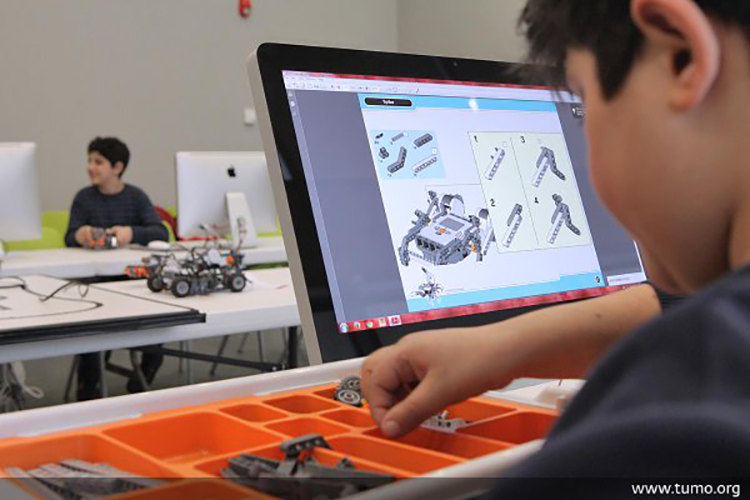 Those two words evoke happy childhood memories of fun, laughter, great friendships, exploring the unknown woods, and the culmination of it all, the campfire.

In the IT era, Tech camps in Armenia offer the same opportunities for fun and exploration, minus the tents and the campfire. Among the growing number of Armenian Tech Camps, Camp TUMO, the summer camp organized by the TUMO Center for Creative Technologies, is an exceptional one – a place where about two hundred kids aged 12-18 from countries worldwide explore the deep world of tech. Over the course of six weeks, campers enjoy Armenian city life and nature, build lifelong friendships, and master a range of skills like robotics, photography, drawing, and 3D modeling at TUMO’s state-of-the-art facilities and with teachers from around the world.

A one-of-a-kind experience for kids

Tumo’s Tech camp transforms talented teens and tweens into little masters of technology. A carefully tailored program takes the campers on a journey to explore their potential and surpass their limits in focus tech areas.

“We’re going beyond the standard we set for ourselves last year to provide an even more memorable and educational experience for every one of our campers in 2017,” says Ani Gharabaghtsyan, Camp TUMO coordinator.

Sarin, a 13-year-old participant from New York, is a first-time TUMO camper and who is taking part in animation and drawing workshops. On the side, she’s also improving her photography skills and is proud of her work being screened around TUMO Center. But above all, Sarin has enjoyed the relationships she got to build in just two weeks.

"I like the environment here and the way people are friendly to each other. I made a lot of friends,” shares Sarin.

The packed schedule of Camp TUMO is full of excitement – things that campers are eager to do. Between football, picnics, hiking trips, and art sessions, campers are curious experimenters in the worlds of robotics, coding, animation, web and game development, to mention a few.

It is at Camp TUMO that Sarin started thinking about her future profession. “Animation is something that I would love to consider, although there’s so much more that I need to learn and study,” says Sarin.

Attending Camp TUMO for just one week influenced another camper to take his interest in IT and tech to another level. Dvin, a 13-year-old from Armenia, dreams of becoming a web developer, after completing a week-long workshop in web development at Camp TUMO.

At a center of Tech and IT

Over the past five years, TUMO campers have had access to cutting-edge technology and worked side-by-side with industry professionals.

With Camp TUMO, Armenia is the place where they learn to build robots, design video games and work their way to becoming the innovators of the future.