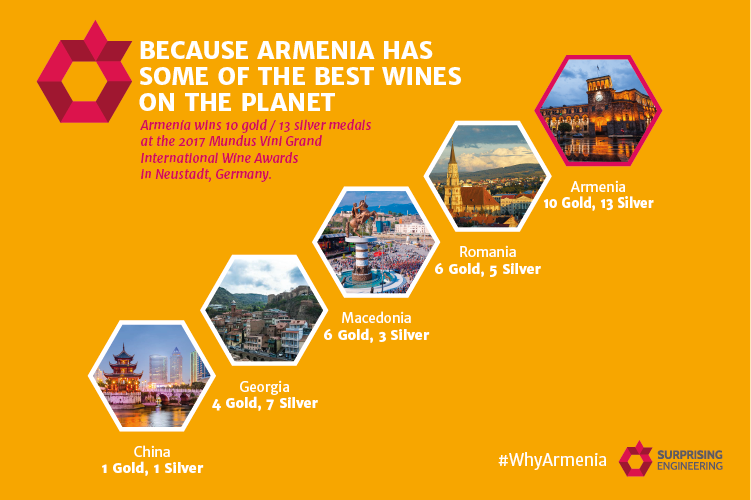 The participation of Armenian winemakers was made possible thanks to the Winemaking and Viticulture Foundation of Armenia with assistance of the CBI, a center for promoting imports from developing countries.

Overall, for about 6000 wines were presented in the competition, from 44 countries of the world.

By the number of medals won, Armenia has overtaken countries like Georgia (4 gold, 7 silver), Moldavia (8 gold, 12 silver), Macedonia (6 gold, 3 silver), Romania (6 gold, 5 silver), and many others. As the official press release notes, this is an unprecedented success for the Armenian winemakers.

Below is the wine award winning list of Armenia:

How to Stay Fit While on Business in Yerevan