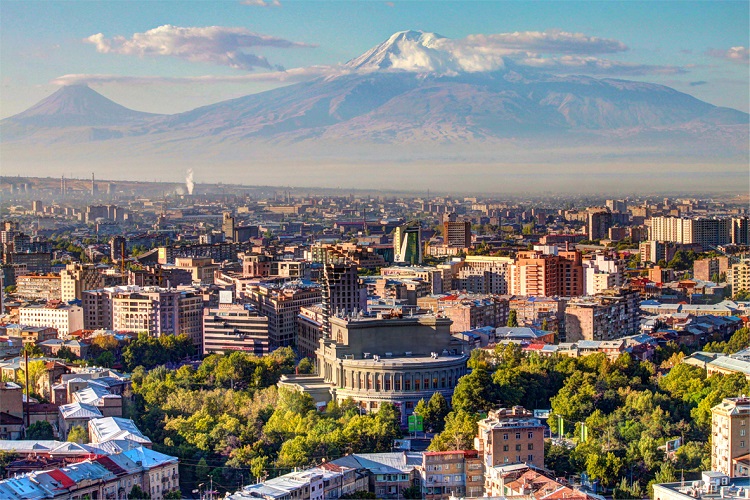 Opinions about Armenia differ not only from person to person, but also from nationality to nationality. Like any other country, Armenia also has its share of cultural stereotypes. For example, some associate Armenians’ temper with the country’s geographical location, and conclude that Armenian people are hot-tempered Caucasians, just like the residents of all of Armenia’s neighboring countries. Others have learned about Armenia in the framework of political talks about the Armenian Genocide, the Nagorno Karabagh conflict, etc. A third group might know about Armenians through the Armenian diaspora and famous Armenians living in many other countries around the world.

There is still another group of people for whom Armenia is a spot to visit or a touristic attraction: travelers. And they sometimes encounter all of these diverse opinions about Armenia and Armenian culture, and are unsure which opinions should be taken seriously. So, here are some interesting reviews of foreigners who have visited Armenia at least once. To be honest, not everyone is charmed to death, but the positive comments truly overshadow the negative.

Armenia is considered to have a relatively low average income, compared to many European countries. Nonetheless, many visitors are surprised to note that the cost of living is quite high here. The quality of life is also good, despite the geopolitical situation of the country.

Let’s take a look at what others think about Armenia:

Is it safe to travel alone in Armenia? Absolutely safe. Armenia is in one of the 10 top countries in which people feel the safest to walk home alone at night (2015 Gallup Law and Order Index)

-I traveled solo to Armenia and had no trouble at all. I did a combination of exploring on my own and being part of a group for a few days. Here's an introduction that I wrote that might give you a bit more insight:

Golden apricots dripping juice down my chin. Fields of wildflowers rich in bees and butterflies. Ancient monasteries at breathtaking locations. A holiday festival that involves everyone getting soaking wet. Dancing in the bus aisles. The most insanely perfect salad I've ever had. Lacy stone cross carvings, some even carved into the mountain walls. One of the most beautiful public squares I've ever seen, especially at night when its fountain dances in colors and music. A gorgeous inland sea, albeit fresh water. History soaked in every stone, from the very ancient stone observatory to the almost-just-yesterday conflict in the southeast.

I spent twelve days in Armenia, and it really wasn't long enough.

-Absolutely. You just need to be cautious not to be overly friendly with Armenian men. Armenian women are generally cold, otherwise it is seen as a come on.

As far as physical safety, as mentioned by another post, yes this is one of the safest countires I have ever visited or lived in. You must take care when crossing the streets, however because the Armenian drivers are insane.

What to wear in Yerevan? You will need a head scarf and conservative clothes (no knees or shoulders) if you plan on going into a church. But other than that, there are some rather provocatively dressed women in Yerevan. Perhaps a tube top and mini-skirt would be a little much, but anything other than that will be fine.

How about food? Food and travel are extremely inexpensive as are most hotels, unless you stay at a commercial location (The Marriott in Yerevan charges rates close to those they would in the US). You will not be hungry - in the city there are many restaurants and coffee shops (try Armenian coffee if you like sweet espresso).

“Yerevan, with a population of around one million, is a relaxed and friendly capital, with a strong European café culture and lively nightlife scene. A mainly Soviet-era city, its architecture is not always photogenic, but does provide a sense of grandeur, whilst the central core possesses some lovely 19th-century edifices. It may not immediately impress, but Yerevan grows on you as you peel away its layers and begin to understand its expressive, passionate people. Engaging, friendly and very hospitable, Armenians, like their Georgian neighbours, have a reputation for enjoying life – and especially their most famous export, cognac…”

“Central Yerevan is very different from any other place in Armenia. Instead of run down and tired it’s bright, glitzy and lively…. Another thing Yerevan had in common with, say, Dushanbe or Bishkek, was the profusion of public art. Sculpture was all over the city, probably reaching its most impressive heights at the modern “cascade” which tumbled down one of the slopes created by Yerevan’s rolling, hilly terrain.”

It is a great and safe city. Excellent for exploring, and there are few tourists. I saw very few travelers while I was there, and only one of those was American. There is no McDonalds, no Burger King, and the only Taco Bell was Takobell. The dollar is still relatively strong in Armenia, and a small amount of money can go a long way. It is an ideal place to visit if you are looking for something different and exciting, yet comfortable and familiar at the same time. It is a city I hope to return to, and recommend highly to anyone looking for their next vacation destination.

The nightlife in Yerevan rivals the nightlife in Barcelona. It doesn't get dark until 9:30. People typically eat around 10:00. The plazas and cafes are still crowded when I head home around 11:30. And music is everywhere. In addition to the live music coming from every sidewalk cafe, there are also free outdoor concerts. There are also lots of nightclubs and there is the opera. In fact, there's a nightclub in the basement of the opera house, which is more expensive to get into than the opera! No matter, it's all pretty cheap here.

It's unbelievable how diverse Armenia is, how astonishing the landscapes are and how many attractions are packed within such a small territory. From the amazing view of snow covered Mount Ararat, through gorges, canyons and sandstone formations to the ancient temples and monasteries carved into the walls of the cliffs. Even driving through Armenia is an attraction in itself. It's a great experience to discover something new, a country that is not visited by crowds of tourist and where a foreigner is still a rare sight.

Yerevan offers probably the best view of Mount Ararat, the mountain where Noah's Ark is believed to have landed after the biblical flood. Mount Ararat should be watched from the Cascades in the center of Yerevan. Shortly after dark, on a clear day you will be able to admire not only the two snowy peaks of the mountain but also beautiful night lights of the Armenian Capital. It's an ideal place for landscape photography.

These were just a few of the opinions of the visitors who took a chance on Armenia as their next stop, visiting its hidden treasures it has and enjoying the Yerevan evenings.

Some Top IT and Tech Events in Armenia in 2019