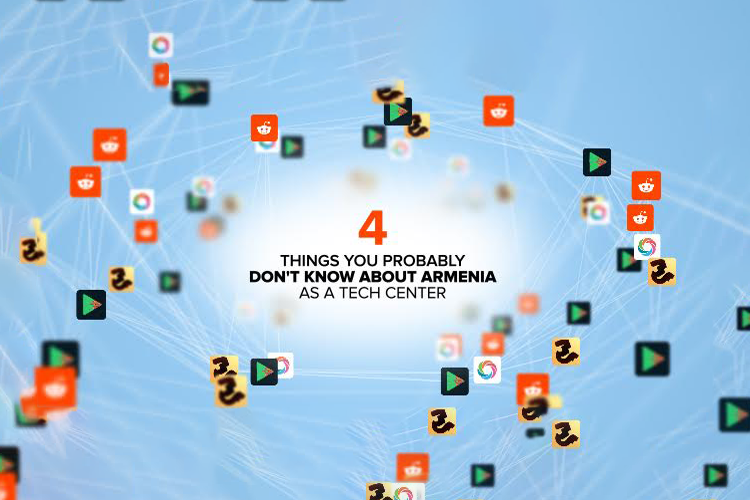 Armenia appears in the center of attention of many online tech sources and gradually we notice the number of reviews about Armenia as a new tech hub growing. TechWorm is the next media source to write about Armenia and here’s what they mention about Armenia being a tech center.

Armenia is a small mountainous country in South Caucasus, covering an area of almost 29.000 square kilometers and having a population of 3 mln. Despite being a small country, it has a few things to surprise the world with, and one of them is connected with tech development.

Founding a tech startup in Armenia is trendy

Despite its small size, nowadays approximately 200 tech startups operate in the country. The startup boom mostly attracts the youth, for whom founding a startup is stylish and trendy. There are more than 10 “success stories” at the moment. Those startups have passed the borders of Armenia, attracting millions of users and attracting foreign investments. Here are a few of them.

PicsArt mobile app has more than 250 mln downloads and 65 mln active users monthly. It is declared one of the 2015 Forbes Hottest Startups of Silicon Valley, and evaluated USD 250 mln by Forbes.

Other success stories include Teamable, which works with human resources management, providing software for around 20 US companies, including Uber, Lyft, and Oracle, Codefights online platform where over 300 000 programmers compete with each other in order to improve coding skills, Joomag which developed the first innovative platform for creating interactive digital magazines, brochures and catalogs. The company’s clients include Huffington Post, Vogue, Cosmopolitan, Bazaar, has more than 300 000 publishers worldwide. Another famous Armenian tech product is Shadowmatic, which was launched in January 2015 by Triada Studio. The game is available in 13 languages and was awarded with Apple Design Awards in June, 2015.

Yes, kids in Armenia love coding. Almost 120 robotics dedicated groups and engineering laboratories called Armat exist in the country nowadays where more than 2000 school children study. By 2019 Armat laboratories will exist in every school of the country.

Kids code not only at school but also in TUMO Center for Creative Technologies. It’s a tuition free after-school environment where students aged 12-18 learn animation, game development, web design and film making. There are currently 4 TUMO’s in the country, where approximately 10.000 kids study.

Armenia is producing its own smartphones and tablets- Armphone and ArmTab. Parts of ArmPhone are imported from the same places where Samsung and Apple order parts for their phones (Hong Kong, Taiwan, China), but the branding and design are done in Armenia. Low prices, Armenian interface, Armenian ringtones and wallpapers are the main specific features of ArmPhone.

You can find Armenians in almost any global tech company

Most likely you will find Armenians in every global tech company nowadays. I once again was convinced about that during my recent trip to Silicon Valley. Yes, they are everywhere. But who are the most famous Armenians in tech world? For me the top 3 include Reddit’s co founder and executive chairman Alexis Ohanian, former VP of platform engineering at Twitter and current engineering lead at Uber’s Advanced Technologies Group Raffi Krikorian and Corporate Vice President of Microsoft corporation Vahe Torossian.

“The Rise of Gyumri Technology Center on My Example” Hackathon Winners are Known!